In January 1997 the Black Panthers finally became an official club.

With this establishment, the IHC Zofingen Black Panthers set a milestone in its still young history and from now on provided two active teams. Another highlight in the still-young history was participation in the championship of the SIHL (Swiss Inline Hockey League – indoor field 60 x 30 meters with the puck) in the 1998 season, which ran parallel to the normal championship operation (SIHL – outdoor field 40 x 20 meters with ball ) took place. Here you could compete with inline and ice hockey teams and achieve good results. In the playoffs against elite juniors from EV Zug, however, the championship came to an abrupt end.

The Black Panthers wanted to devote themselves fully to inline hockey, 40 x 20 meters, also for financial reasons. A new league, the NIHL (National Inline Hockey League) was founded. Here, too, they were at the forefront. In 1998 they became Swiss champions of the NIHL and vice-Swiss champions in the following year. The IHC Zofingen was honored for this at the sports ceremony in the city of Zofingen, which also showed that the club was now firmly anchored in the region. In order to secure the future of the Black Panthers, a junior department was also set up.

The second team of the Black Panthers was also able to celebrate successes. So the promotion from the 2nd league to the 1st league succeeded in 2004. But after a few departures of strong players, one had to make do with the 2nd league again. This relegation was tantamount to a restructuring of the entire second team. In principle, the squad was completely replaced. Not surprisingly, it took some time to regain a foothold. The ambitions of the newly formed team were immense. Therefore the promotion to the first division last year was a logical consequence.

But the youngsters also achieved their successes. In addition to the Swiss championship title in 2005, the Cup was also able to take home in 2007.

Development beyond the sporting point of view.

The Black Panthers have not only developed on a sporting level over the years. More professional management at the board level, as well as the increasing integration of the players in various tasks that a club entails, then finally formed the cornerstone for the modern IHC Zofingen.

In the beginning, it was wild boys playing hockey in the backyards. On afternoons when there was no school, they met on the district school’s sports field to practice their favorite sport. With the invention of inline skates, a new sport gradually developed, inline hockey. The boys were immediately enthusiastic about it. A team soon formed from them. They called themselves Black Panthers Zofingen. After a few exciting tournaments, the players came up with the idea of ​​founding a regional hockey league, which was then named “Jura Inline Hockey League” (JIHL).
In the 1996 season, the team strengthened itself with some good players from the extended region. In the 1996 and 1997 seasons, the young team was able to celebrate its first successes and was named JIHL champion.

An organization developed around the Inline Hockey Club Zofingen.

After the two runner-up titles in 2000 and 2001, the IHCZ moved into its new home on the BZZ site in late summer 2002 and has been playing in the FSIH / SIHV (Swiss Inline Hockey Association) there since the 2002 season.

National competition in the FSIH / SIHV.

The first team of the IHC Zofingen was able to join the NLB directly and also assert itself at this level, with the second team being assigned to the 2nd division. Since young players from their own offspring were always integrated, the teams were also able to make noticeable progress. These were important to stay in business.

Dedicated coaches with many years of experience in the field of inline hockey were able to further promote the Black Panthers. This was also proven by the results in the championship. In 2006 and 2007 they played in the final for the championship title in the NLB and only just missed promotion. In 2008 they finally achieved the long-awaited promotion to the top division which was confirmed in the following year by a good 5th place. In the following season, however, it became clear that the NLA was not yet in a stable position and was relegated again.

MODERN IN MANY WAYS 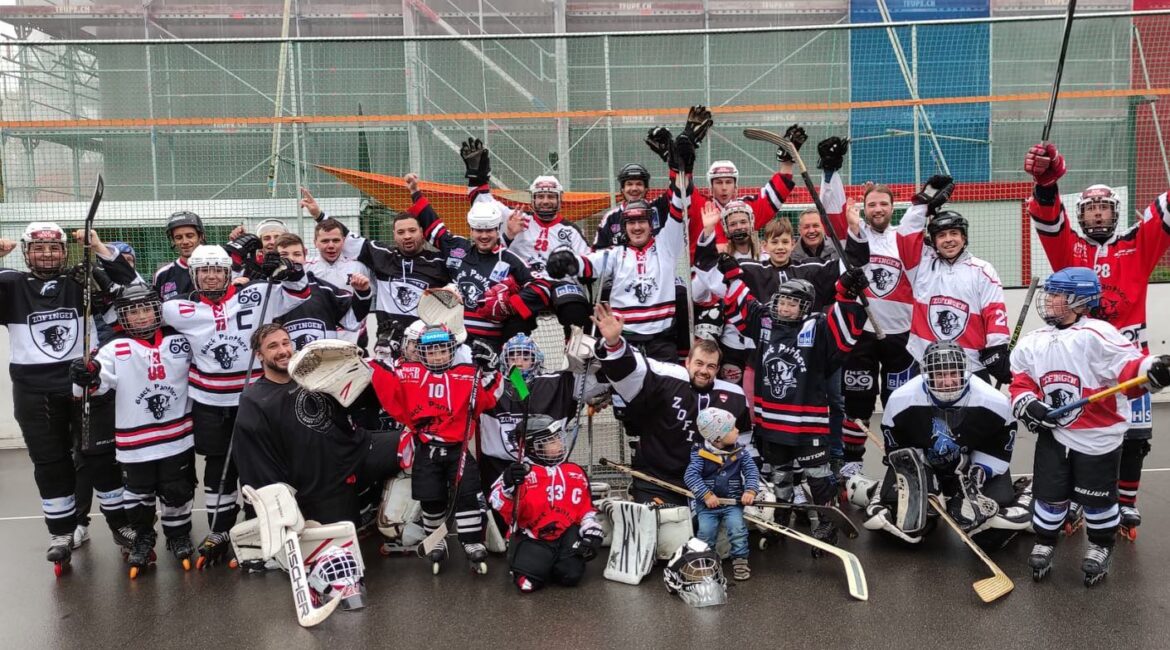 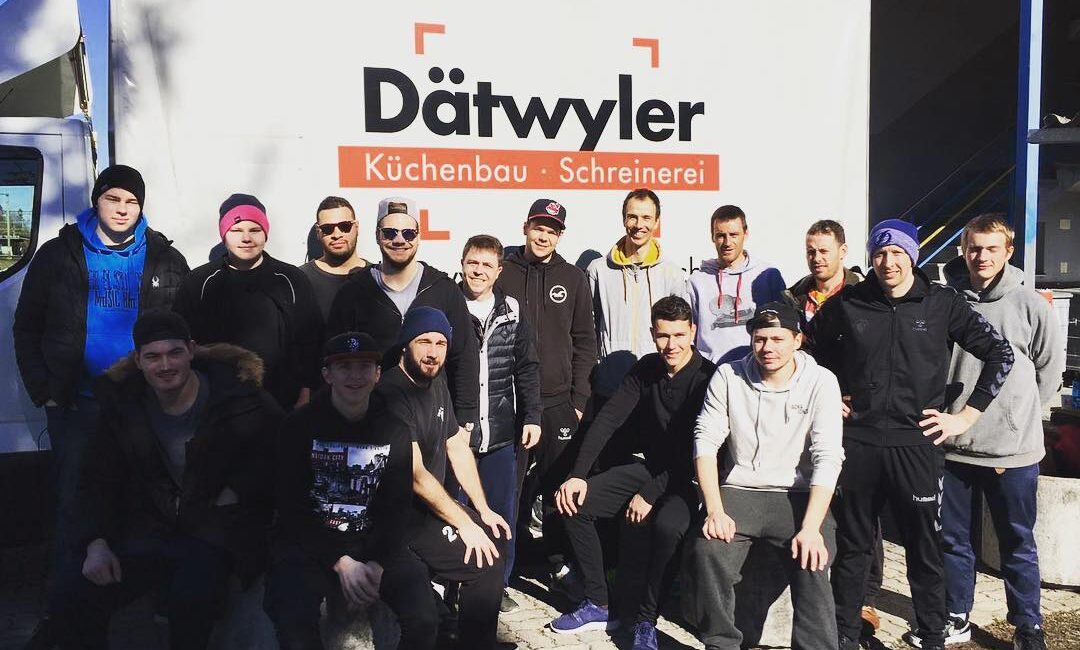 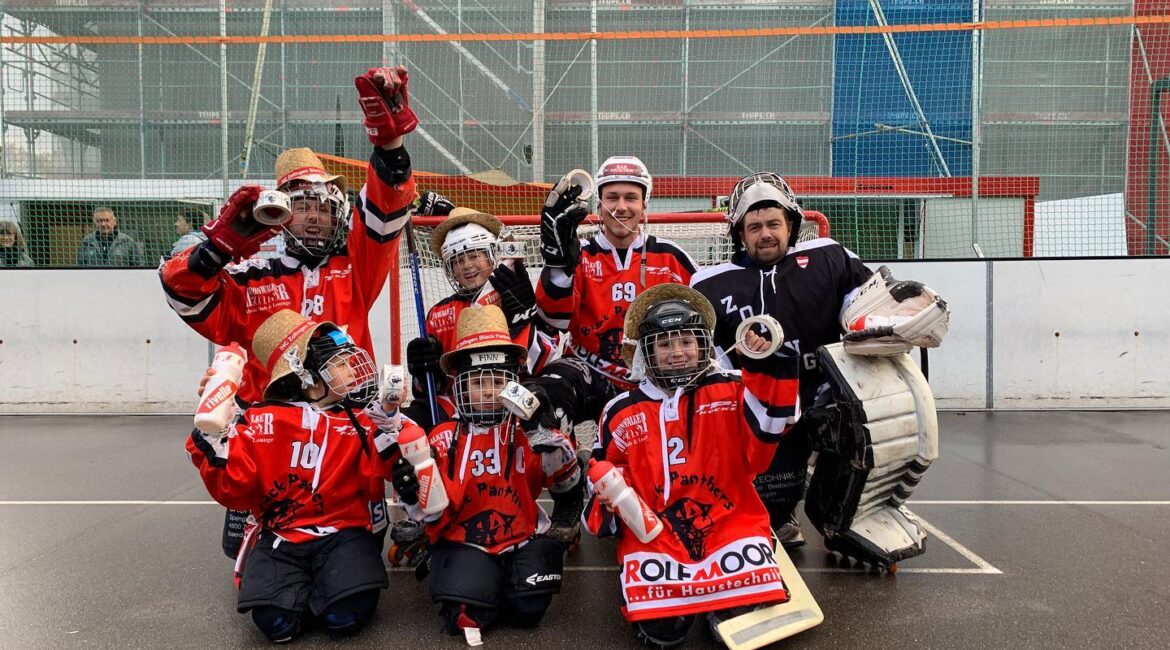 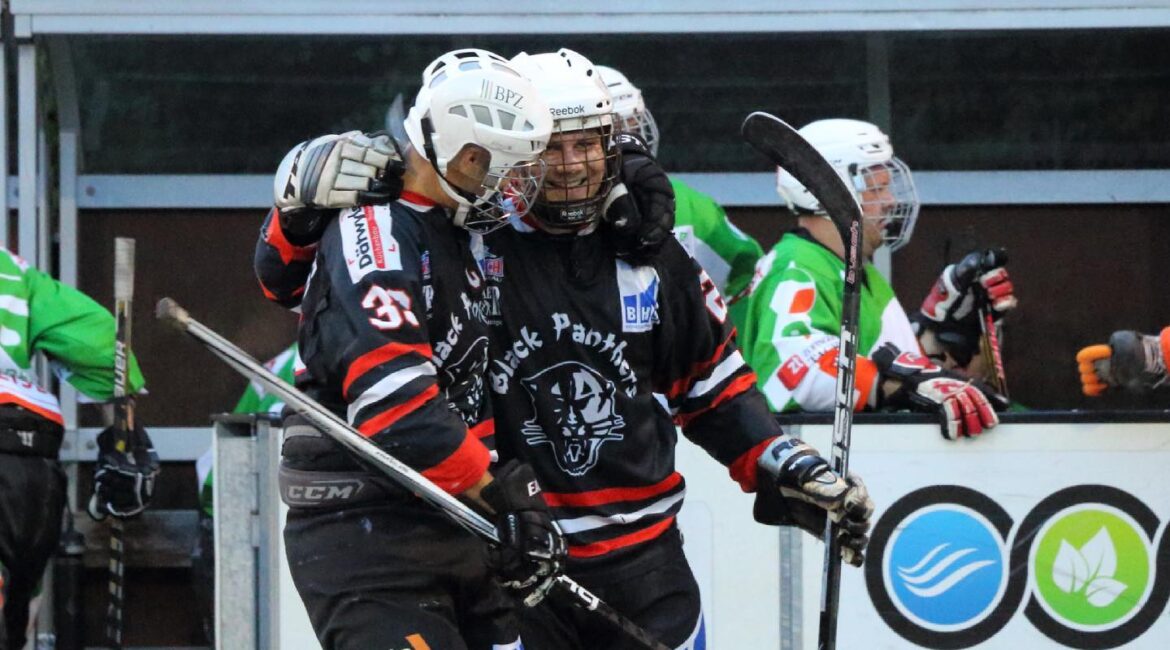 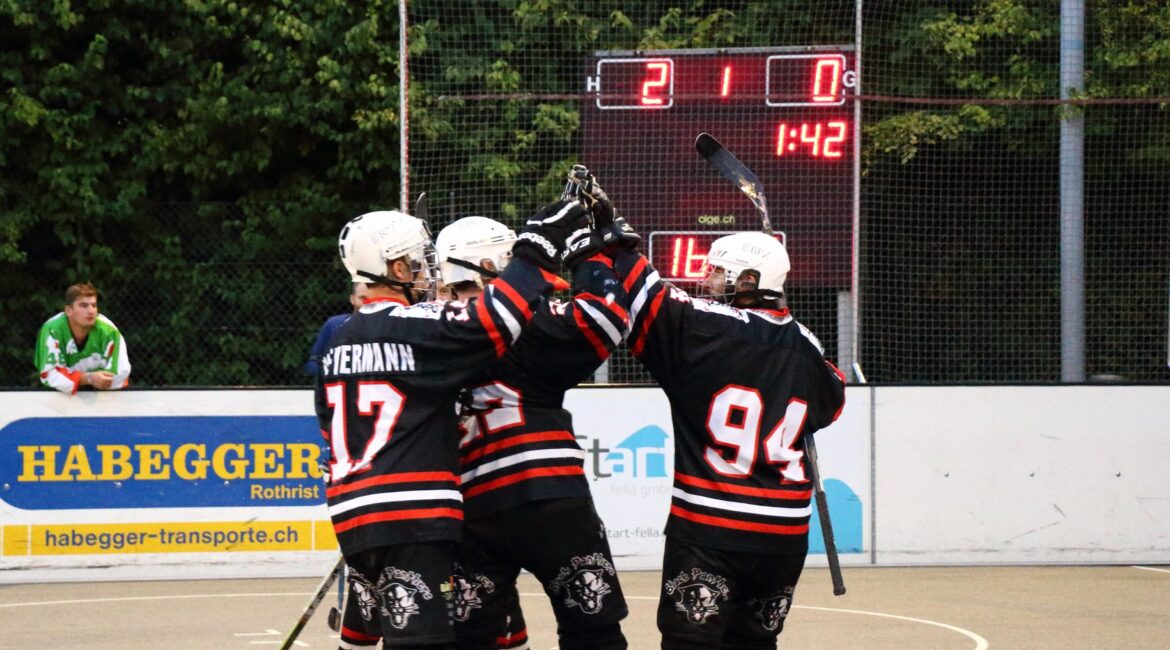 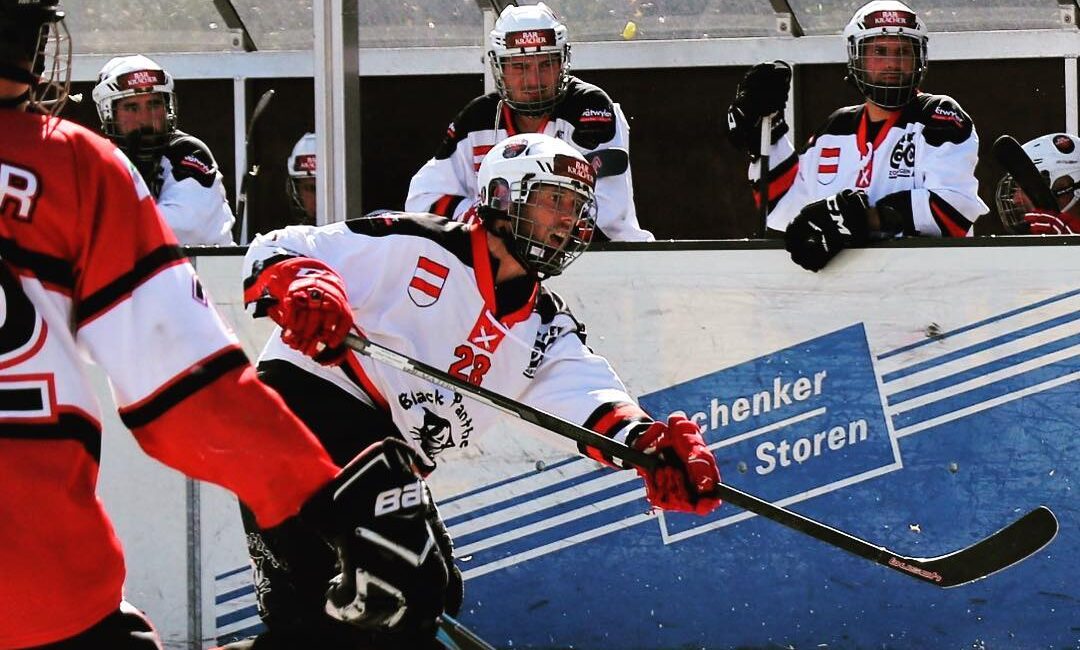 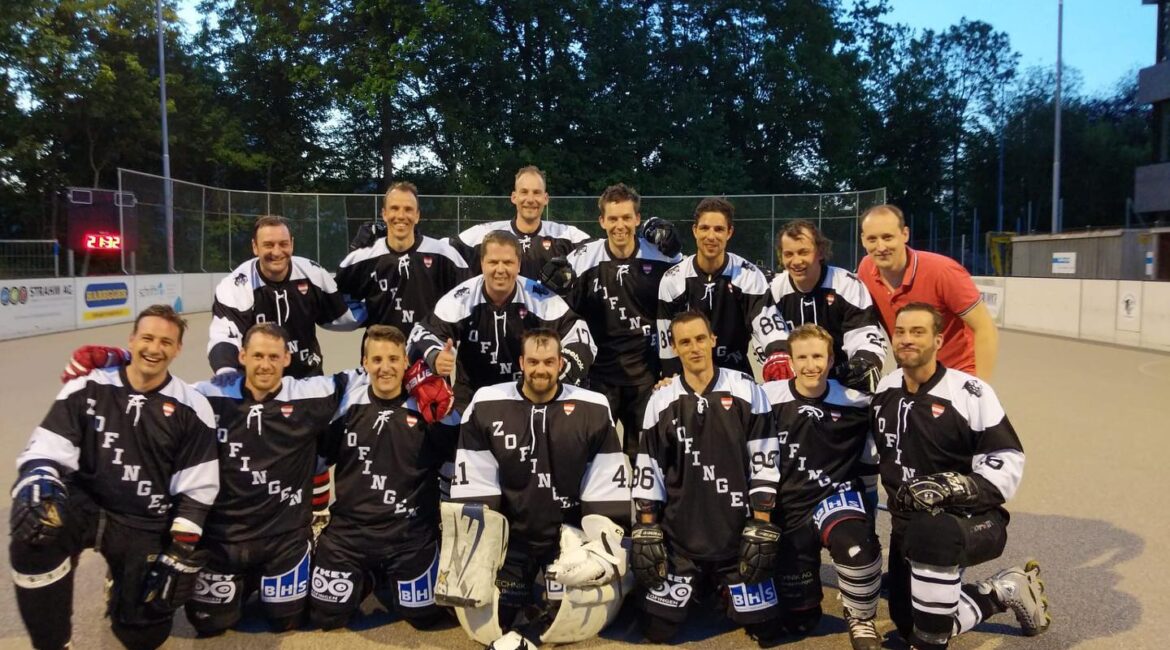 Continuous expansion of the infrastructure, participation in events such as the Pub Festival, the Zofingen Christmas market, every penny counts, to name a few examples. A milestone in the modernity and openness of the Black Panthers is the abandoned hostility between Rothrist and Zofingen, who together founded the cross-departmental youth movement Wiggertal United for this season. The aim of this association is to provide competitive teams at all levels and to secure the future of inline hockey in the region.